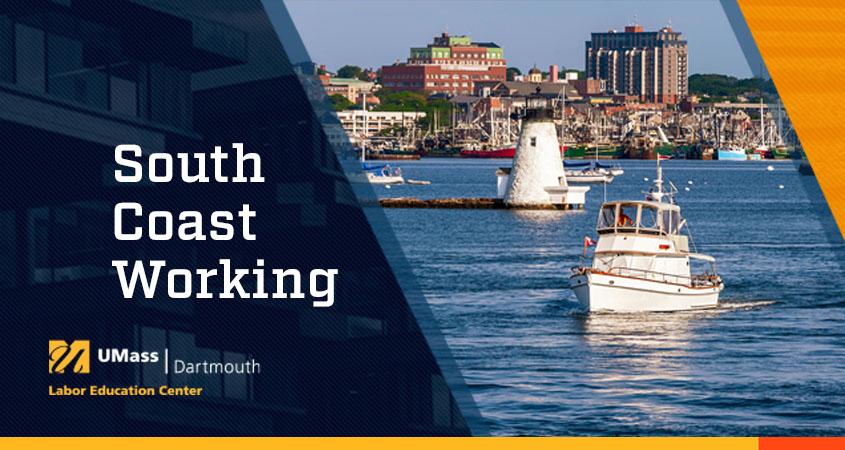 “South Coast Working” is a new podcast from the Arnold M. Dubin Labor Education Center at UMass Dartmouth that informs and entertains audiences on important labor issues through the perspectives of South Coast tradespeople, residents, political figures, and others who continue to build the region.

Kim Wilson, Director of UMass Dartmouth’s Arnold M. Dubin Labor Education Center, has been working in the labor movement for nearly thirty years and states that “South Coast Working” was born from the inspiration and motivation of students, staff, and faculty of the Arnold M. Dubin Labor Education Center and the Dubin family to spread awareness about the challenges facing and opportunities available to members of the workforce in and around South Coast Massachusetts.

“The purpose of the project is to engage and spark conversations on campus and in the broader community about the important labor issues in our region”, said Wilson. “It’s been critical to learn from the expertise of our faculty and the enthusiasm and skills of our students.”

The series premiered with two episodes. The first examined the introduction of commuter rail to the region, followed by an episode on rideshare workers. “Commuter Rail” was reported by Liz Anusauskas, a recent UMassD graduate who majored in Political Science and Economics. Anusauskas has been active within the New Bedford community and has brought fellow students to support worker struggles in the area. The episode looks at the arrival of a commuter rail line to connect New Bedford with Boston – an infrastructure project more than a decade in the making. Anusauskas interviewed Siggy Meilus, a UMass Dartmouth alum and founder of Bus Riders United (a transportation advocacy organization), and Eric Cavalho, president of Amalgamated Transit Union Local 174 in Fall River to give a firsthand perspective of the issues surrounding public transportation.

Future episodes of the podcast will report on nursing home workers during the pandemic, local federal infrastructure funding and job creation, and immigrant women organizing in New Bedford.

The Arnold M. Dubin Labor Education Center at UMass Dartmouth serves as a bridge between the university, the labor movement, and the local community.  The Center creates internships for students and offers programming on campus that focuses on social change for justice and organizing. The Center also offers external training to unions and labor councils in the region, including training for officers, members, and stewards through a statewide Labor Extension Program. The Center is located at 257 Union Street in New Bedford. For additional information about the Labor Center or “South Coast Working”, visit the Center’s website.