Nine researchers at the University of Massachusetts Amherst have been recognized for being among the world’s most highly cited researchers in 2021.

The analysis by Philadelphia-based Clarivate Analytics, owner of the Web of Science, serves as the basis for regular listings of researchers whose citation records put them in the top 1 percent by citations for their field and year. 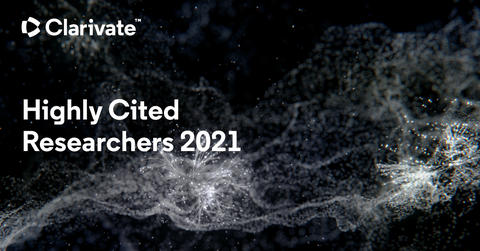 The highly anticipated annual list identifies researchers who demonstrated significant influence in their chosen field or fields through the publication of multiple highly cited papers during the last decade. The methodology that determines the “who’s who” of influential researchers draws on the data and analysis performed by bibliometric experts and data scientists at the Institute for Scientific Information.

Now in its eighth year, the citation analysis identifies influential researchers as determined by their peers around the world. Clarivate says their 2021 list contains 24 Nobel laureates, including five announced this year.

“It is increasingly important for nations and institutions to recognize and support the exceptional researchers who are driving the expansion of the world’s knowledge,” said David Pendlebury, senior citation analyst at the Institute for Scientific Information at Clarivate. “This list identifies and celebrates exceptional individual researchers at UMass Amherst who are having a significant impact on the research community as evidenced by the rate at which their their work is being cited by their peers. The research they have contributed is fueling the innovation, sustainability, health and security that is key for our society’s future.”

The full 2021 Highly Cited Researchers list and executive summary can be found online.