Researchers in polymer science and engineering are used to working at the molecular level, but UMass Amherst professor Thomas P. Russell and his former UMass student and current postdoc Paul Kim are helping to take polymer research to the next level: outer space. 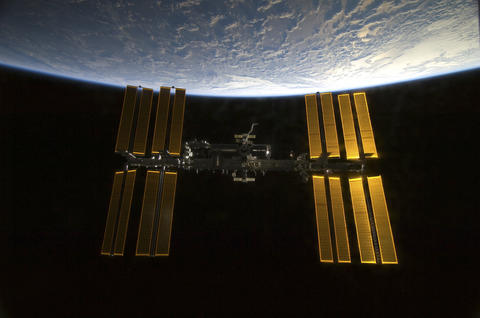 Even more impressively, it’s a trio of high school students who are driving the experiment in polymers. William Tang, Jennifer Song and Julia Kim are three students at Valley Christian High School, in San Jose, CA and they’re part of a team that is conducting experiments on the International Space Station (ISS). As Kim tells the story, the three students reached out to him and Russell about which experiments would be both feasible and make useful contributions to polymer science. Russell and Kim suggested that the students investigate how micro-gravity influences liquid-fluid interfaces or substances in which a droplet of oil is injected into a droplet of water. If a polymer functionalized nanoparticle is added, it migrates to the interface between the liquids, and allows the liquids to be shaped and controlled at will.

Russell and Kim helped coach the students in the basics of polymer science – which they were able to follow closely. “They were able to follow along beautifully,” says Kim. “I was very impressed. I didn’t give them a detailed experimental setup, and they successfully designed and built the infrastructure themselves. They fully understand what they’re doing.”

The results of the research were recently published in the Columbia Junior Science Journal and there’s more to come. Kim reports that the students recently launched a second polymer experiment, which will yield an additional publication.